showed that challenging such awards is always an uphill task. 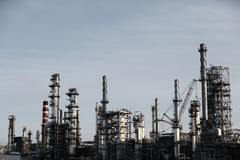 A Texas-registered oil and gas company entered into a joint activity agreement (JAA) with a Ukrainian counterpart to develop and exploit the gas field. In the early years of the project, the former had difficulty raising sufficient funds to participate on an equal basis and its initial half share of the venture was reduced to 14.9 per cent.

In challenging that outcome, the Ukrainian company argued that the arbitration panel had no jurisdiction to consider the matter. The Texan company had ceased to exist during the course of the venture, it having merged with a Delaware corporation. The latter had purportedly launched the arbitration although it was not a party to the JAA and did not have the benefit of an arbitration agreement.

Rejecting that argument, however, the Court found that the Delaware corporation – which had assumed all of its Texan predecessor’s rights and liabilities – was entitled to rely upon a Swedish arbitration clause that had been included in an addendum to the JAA. Even were that not the case, the Ukrainian company had indicated its agreement to arbitrate by its participation in the proceedings.

The Ukrainian’s company’s argument that the panel’s award was fatally infected by serious procedural irregularities also fell on fallow ground. Such points had already been ruled upon decisively by overseas courts in linked litigation and could not be raised again. The Court’s ruling opened the way for the Delaware corporation to enforce the arbitration award in England and Wales.