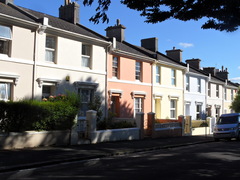 on point, a property owner who simply ignored an enforcement notice requiring him to remove an unauthorised house extension received a £15,000 fine.

When the man bought the end-of-terrace house, the first-floor extension had already been erected without planning consent. He applied for retrospective permission, but that was refused by the local authority on grounds that it was of an unsuitable design and out of keeping with a row of houses. He was served with an enforcement notice requiring the extension's removal.

His appeal against the notice was later rejected by the Planning Inspectorate on the basis that the extension materially detracted from the character and appearance of the area. It impacted on the lighting and outlook of a neighbouring property and had an oppressive and overbearing appearance.

The date by which the man was required to comply with the notice came and went but he did not do so. He thereby committed an offence under Section 179(1) of the Town and Country Planning Act 1990. The extension was not finally removed until about 20 months after it should have been.

After he pleaded guilty to the offence, prosecution lawyers suggested that a £10,000 fine would be appropriate. In imposing the £15,000 penalty, however, the judge found that the man had simply ignored the enforcement notice for a very long time. He described the offence as flagrant and the man’s attitude as cavalier.

Rejecting his challenge to the amount of the fine, the Court of Appeal observed that there is no statutory maximum or minimum penalty that can be imposed for failing to comply with an enforcement notice. There could be no criticism of the judge’s assessment of the seriousness of the offence and the fine achieved in a fair and proportionate way the objectives of punishment and deterrence.