that point in ruling that a football club failed to pay the NMW because it deducted cash from employees’ wages to pay for season tickets. 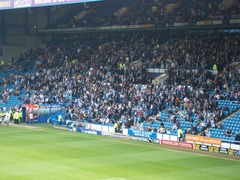 The club enabled members of its clerical and hospitality staff to obtain season tickets for members of their families. The cost of those tickets was deducted from their pay packets by instalments. HM Revenue and Customs (HMRC) took the view that those deductions reduced the relevant workers’ remuneration to below the NMW and issued the club with underpayment notices pursuant to Section 19 of the National Minimum Wage Act 1998.

In challenging the notices, the club argued that the arrangement with its employees was entirely voluntary. There was no suggestion that it amounted to an attempt to obtain a tax advantage or to avoid paying the NMW. The club’s appeal to an Employment Tribunal (ET) was allowed and the notices quashed.

In upholding HMRC’s challenge to that outcome, the EAT noted that, with very limited exceptions, employees are required to pay money for workers’ services into their own hands. A deduction from wages occurs whenever an employer withholds money from a worker’s pay packet at source, regardless of the underlying purpose of doing so.

Although there was no suggestion that club employees had been pressured to enter into the arrangement, a restrictive interpretation of the relevant rules was necessary to ensure that workers who purchase goods or services from their employers do so as a matter of free choice. The arrangement, whilst benefiting the club’s employees, was also for the club’s own use and benefit in that it ultimately received payment in full for the season tickets. The underpayment notices were reinstated.